Buoyed by the financial success of its hotels, the Corporate Group is investing more on the north coast.

Corporate Group of Companies is committing itself to playing a more integral role in the development of the island’s north coast and has announced plans to build a 250-room hotel at Llandovery in St Ann.

According to Corporate Group chairman, Delroy Lindsay, the move serves to underscore the Group’s interest and confidence in Ocho Rios.

Lindsay was addressing over 100 of the resort town’s business leaders at a cocktail reception hosted by Workers Bank at the Plantation Inn hotel as part of the Group’s week of community outreach activities.

He said that the Ocho Rios branch of Workers Bank would be playing a greater role in the community and that the week of outreach activities being hosted by the branch was just a start.

Plantation Inn and Negril Gardens are the two hotels that fall under the Corporate Group umbrella. They are marketed under the name Friends International and recently announced a profit of $1 million. 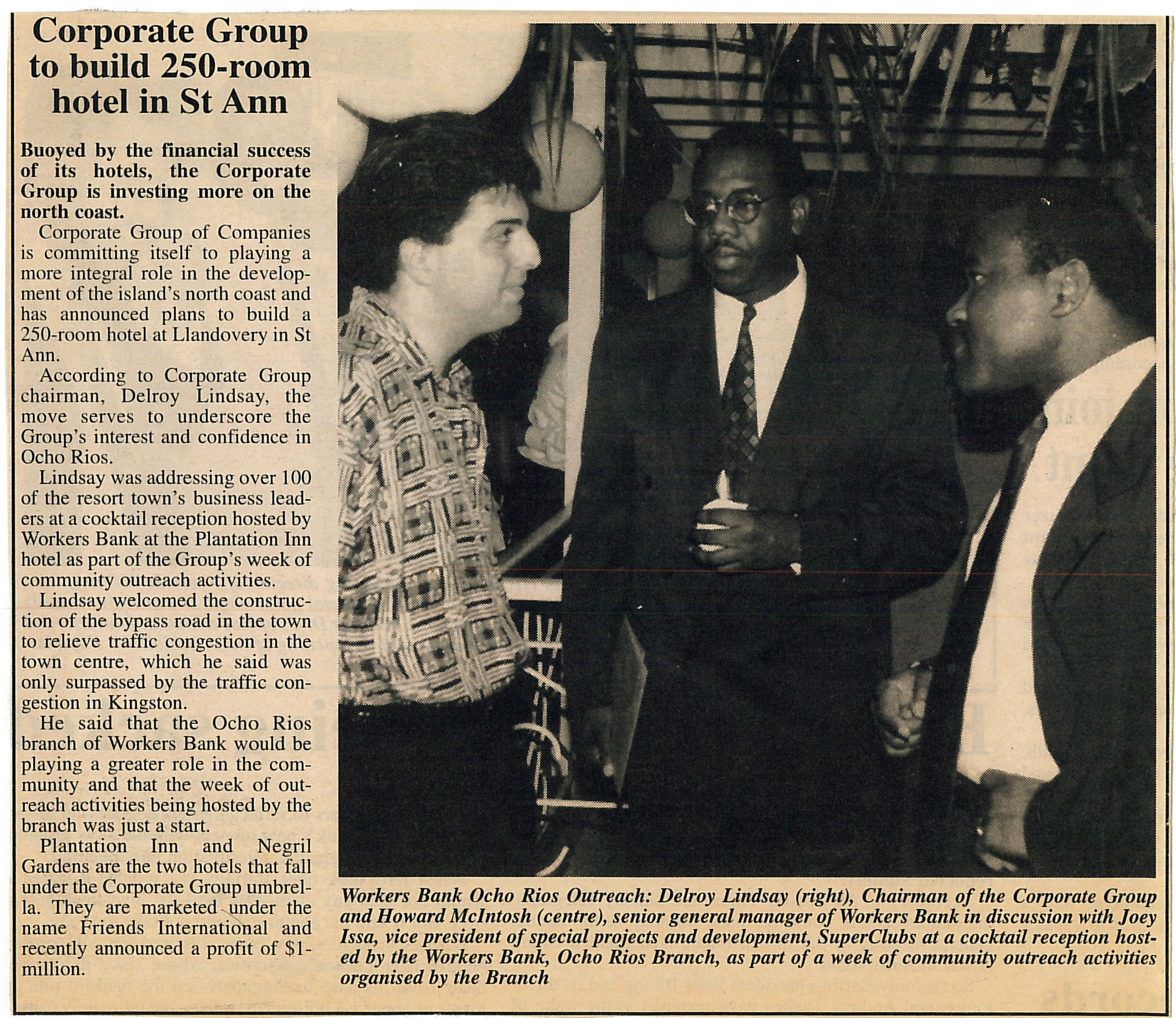