The Educate the Children Fund has recently been set up at LSE. Its objective is to help buy books for the poor of the Caribbean countries. TIs members’ efforts are to be concentrated on one major raffle and donations. 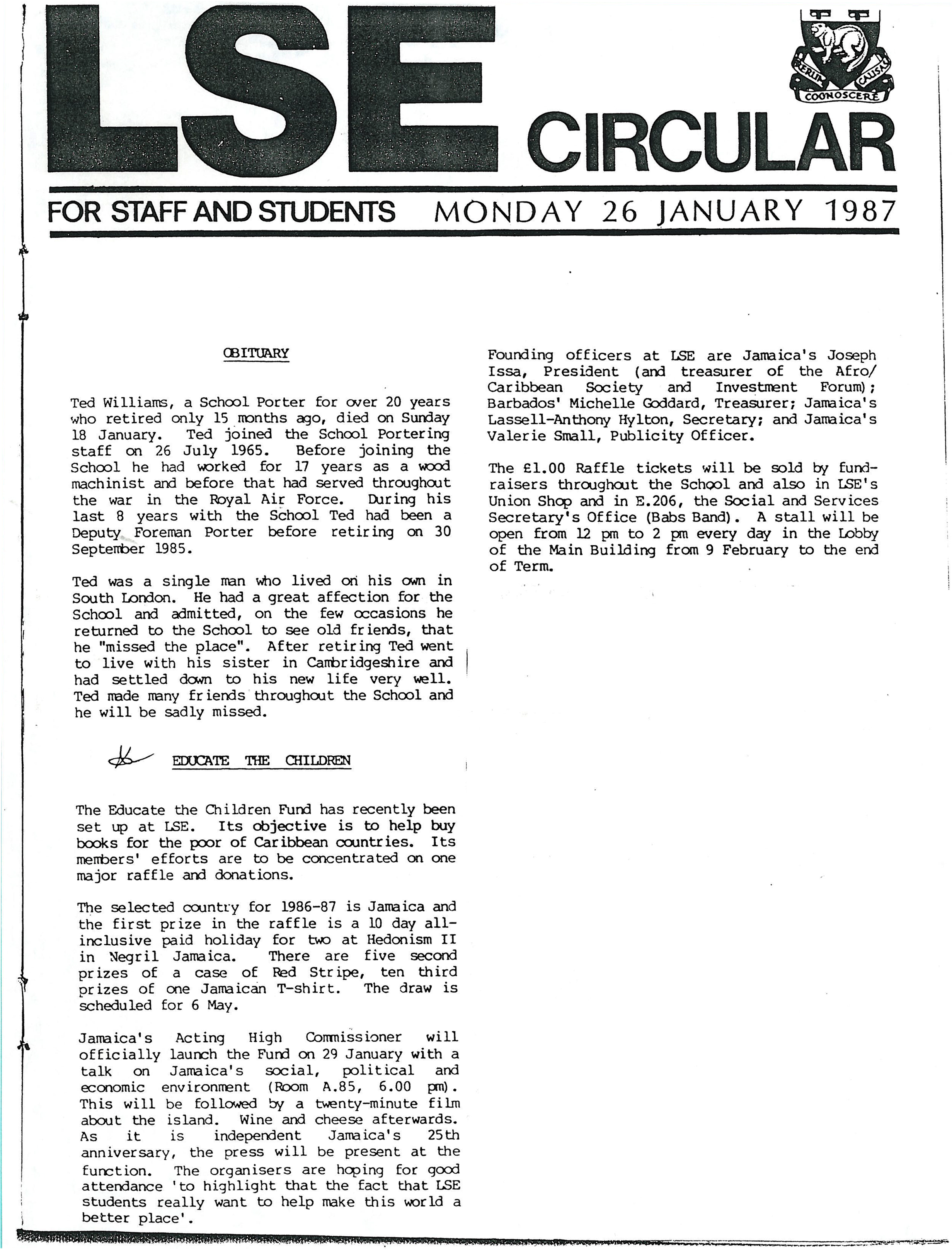 The selected country for 1986-1987 is Jamaica and the first prize in the raffle is a 10day all inclusive paid holiday for two at Hedonism II in Negril Jamaica. There are five second prizes of a case of Red Stripe, ten third prizes of one Jamaican T-shirt.  The draw is scheduled for 6 May.

Jamaica’s Acting High Commissioner will officially launch the Fund on 29 January with a talk on Jamaica’s social, political and economic environment (Room A.85, 6.00pm). This will be followed by a twenty-minute film about the island. Wine and Cheese afterwards. As it is independent Jamaica’s 25the anniversary, the press will be present at the function.  The organizers are hoping for a good attendance ‘to highlight that the fact that LSE students really want to help this world a better place’

The  £1.00 Raffle tickets will be sold by fundraisers throughout the School and also in LSE’s Union Shop and in E.206, the Social and Services Secretary’s Office (BabsBand).  A stall will be open from 12pm to 2pm every day in the Lobby of the Main Building form 9 February to the end of the Term.